Tyler Jarvis, Director received his Ph. D. in Mathematics from Princeton University in 1994. He started teaching at BYU as an assistant professor in 1996 and has had positions as a visiting faculty or researcher at Boston University; Max Planck Institut fur Mathematik, Bonn, Germany; and Mittag-Leffler Institute, Djursholm, Sweden. From 2006-2012 Dr. Jarvis served as Chair of the BYU Department of Mathematics. 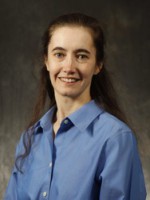 Emily Evans is an Assistant Professor in the BYU mathematics department.  Dr. Evans received a B.S. in economics from the University of Utah. After receiving her degree she spent 7 years in industry as a software engineer working at a start-up (Lavastorm) a midsize company (EMC) and finally at a large company (HP).  She then returned to school to receive a PhD in mathematical sciences. She joined the mathematics department at BYU in 2011. Her research interests include finite elements for domains with fractal boundaries, biological modeling, computational mechanics and the mathematics of computer animation. 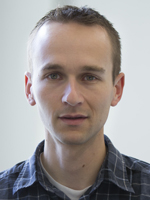 Jared Whitehead received his PhD from the University of Michigan in Applied and Interdisciplinary Mathematics in 2012.  He was awarded the National Science Foundation’s Mathematical Sciences Research postdoctoral fellowship, which he declined to work as a postdoctoral research scholar in the Center for Nonlinear Studies at Los Alamos National Laboratory for 2012-2013 before joining the Mathematics Department at BYU as an assistant professor.  Jared has worked with scientists from a variety of disciplines including physics, meteorology, oceanography, geology, climate sciences, and mechanical engineering.  Jared is primarily interested in the analysis, computation and application of partial differential equations, but has several ‘hobbies’ in other areas including data assimilation, large data analysis, and social networks.

Rynell Lewis is the Alumni & Internship Coordinator of the Department of Mathematics. Rynell helps students in finding successful internships with varying organizations.

Jeffery Humpherys received his Ph.D. in Mathematics from Indiana University in 2002 and was an Arnold Ross Assistant Professor at The Ohio State University from 2002-2005, before joining the faculty at Brigham Young University in 2005. Jeff has won grants from the National Science Foundation, including a CAREER award in 2009. He also received the Young Scholar Award from BYU in 2009. Jeff has published papers in partial differential equations, operations research, applied probability, numerical analysis, and dynamical systems theory. He has served as a technical and scientific consultant for several companies, particularly businesses specializing in information technology, financial services, healthcare, retail, and manufacturing.